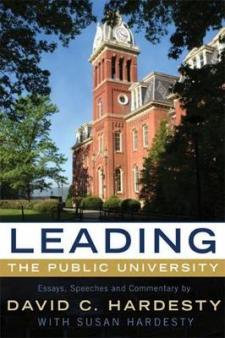 Leading the Public University provides an account of the challenges faced by public higher education through the eyes of a man who spent over a decade as the head of a major public university. This compilation of essays, speeches, and articles written during the administration of David C. Hardesty, Jr., depicts the history of West Virginia University during the twelve-year period that he led from 1995-2007 while representing the communication tools he used to achieve cultural change and to advance the university's official agenda.