The Left Case for Brexit 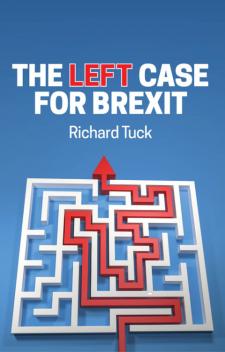 Liberal left orthodoxy holds that Brexit is a disastrous coup, orchestrated by the hard right and fuelled by xenophobia, which will break up the Union and turn what’s left of Britain into a neoliberal dystopia. Richard Tuck’s ongoing commentary on the Brexit crisis demolishes this narrative. He argues that by opposing Brexit and throwing its lot in with a liberal constitutional order tailor-made for the interests of global capitalists, the Left has made a major error. It has tied itself into a framework designed to frustrate its own radical policies.  Brexit therefore actually represents a golden opportunity for socialists to implement the kind of economic agenda they have long since advocated. Sadly, however, many of them have lost faith in the kind of popular revolution that the majoritarian British constitution is peculiarly well-placed to deliver and have succumbed instead to defeatism and the cultural politics of virtue-signalling. Another approach is, however, still possible. Combining brilliant contemporary political insights with a profound grasp of the ironies of modern history, this book is essential for anyone who wants a clear-sighted assessment of the momentous underlying issues brought to the surface by Brexit.