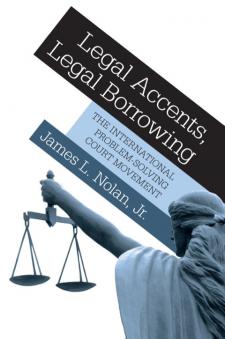 A wide variety of problem-solving courts have been developed in the United States over the past two decades and are now being adopted in countries around the world. These innovative courts--including drug courts, community courts, domestic violence courts, and mental health courts--do not simply adjudicate offenders. Rather, they attempt to solve the problems underlying such criminal behaviors as petty theft, prostitution, and drug offenses. Legal Accents, Legal Borrowing is a study of the international problem-solving court movement and the first comparative analysis of the development of these courts in the United States and the other countries where the movement is most advanced: England, Scotland, Ireland, Canada, and Australia. Looking at the various ways in which problem-solving courts have been taken up in these countries, James Nolan finds that while importers often see themselves as adapting the American courts to suit local conditions, they may actually be taking in more aspects of American law and culture than they realize or desire. In the countries that adopt them, problem-solving courts may in fact fundamentally challenge traditional ideas about justice. Based on ethnographic research in all six countries, the book examines these cases of legal borrowing for what they reveal about legal and cultural differences, the inextricable tie between law and culture, the processes of globalization, the unique but contested global role of the United States, and the changing face of law and justice around the world.