The Legend of the Grail 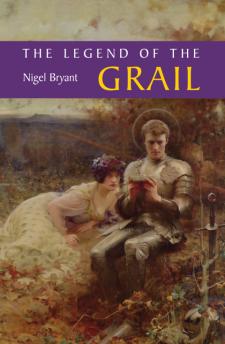 The quest for the Holy Grail is one of the most important elements in the story of King Arthur. Yet even among the many interested in the stories of the Round Table, very few have read at first hand the medieval masterpieces which over a period of some forty years, in the late twelfth and early thirteenth centuries, together became the foundation of the legend of the Grail.
These romances,full of bewildering contradictions and composed by a number of different writers with very different preoccupations, dazzle with the sheer wealth of their conflicting imaginative detail. In this new compilation, the enthralling material becomes truly accessible through his interweaving of the principal motifs and narrative strands of all the original Grail romances to construct a single, consistent version of the Grail story, while clearly tracing the development of its enigmatic and potent theme. All the mystery and drama of the Arthurian world are embodied in the extraordinary adventuresof Perceval, Gawain, Lancelot and Galahad in their pursuit of the Grail. Told here as a unified, coherent narrative, the Grail legend reasserts its relevance as one of the great works of imaginative literature of the middle ages.
NIGEL BRYANT's previous Arthurian books include The High Book of the Grail (Perlesvaus), Chretien de Troyes' Perceval and its Continuations, andRobert de Boron's Merlin and the Grail.