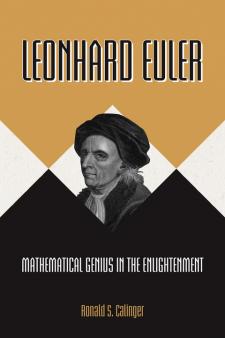 An acclaimed biography of the Enlightenment's greatest mathematician This is the first full-scale biography of Leonhard Euler (1707–83), one of the greatest mathematicians and theoretical physicists of all time. In this comprehensive and authoritative account, Ronald Calinger connects the story of Euler's eventful life to the astonishing achievements that place him in the company of Archimedes, Newton, and Gauss. Drawing chiefly on Euler’s massive published works and correspondence, which fill more than eighty volumes so far, this biography sets Euler’s work in its multilayered context—personal, intellectual, institutional, political, cultural, religious, and social. It is a story of nearly incessant accomplishment, from Euler’s fundamental contributions to almost every area of pure and applied mathematics—especially calculus, number theory, notation, optics, and celestial, rational, and fluid mechanics—to his advancements in shipbuilding, telescopes, ballistics, cartography, chronology, and music theory. The narrative takes the reader from Euler’s childhood and education in Basel through his first period in St. Petersburg, 1727–41, where he gained a European reputation by solving the Basel problem and systematically developing analytical mechanics. Invited to Berlin by Frederick II, Euler published his famous Introductio in analysin infinitorum, devised continuum mechanics, and proposed a pulse theory of light. Returning to St. Petersburg in 1766, he created the analytical calculus of variations, developed the most precise lunar theory of the time that supported Newton’s dynamics, and published the best-selling Letters to a German Princess—all despite eye problems that ended in near-total blindness. In telling the remarkable story of Euler and how his achievements brought pan-European distinction to the Petersburg and Berlin academies of sciences, the book also demonstrates with new depth and detail the central role of mathematics in the Enlightenment.