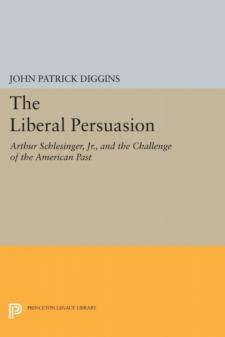 For more than half a century, the celebrated historian Arthur Schlesinger, Jr., has been the guiding force of American liberalism, both intellectually and in practice. The author of many critically acclaimed books, Schlesinger vigorously defended FDR's New Deal policies in his earliest writings and later served as a close advisor to President John F. Kennedy. In this volume, twenty of today's most eminent historians join forces to explore Schlesinger's unique brand of liberalism--one that has steered clear of ideological extremism and social fragmentation, favoring instead pluralism and the pragmatic use of state power. By engaging the reader in various aspects of his career and intellectual pursuits, these essays offer an exhilarating journey through American political history, from the Jackson era to multiculturalism, while demonstrating historical writing at its best. The volume opens with essays on Schlesinger as a historian and a political participant, contributed by William E. Leuchtenburg, Hugh Thomas, George Kennan, John Kenneth Galbraith, and John Morton Blum. The influence of the Jackson era is explored by Robert Remini, Sean Wilentz, and Jean V. Matthews. In a section on modern liberalism and governance, such topics as the New Deal, the Great Society, and the fate of liberalism under the Carter administration are discussed by Alan Brinkley, Kathleen D. McCarthy, Fred Siegel, Leo P. Ribuffo, and Richard C. Wade. Betty Miller Unterberger and Ronald Steel comment on liberalism and the Cold War. Louis Menand and Eugene D. Genovese explore ideological controversies within liberalism, including pragmatic liberalism and relativism and multiculturalism. In the final section, George Cotkin, Neil Jumonville, and Sir Isaiah Berlin write on three figures whom Schlesinger greatly admired: William James, Henry Steel Commager, and Edmund Wilson. Originally published in 1997. The Princeton Legacy Library uses the latest print-on-demand technology to again make available previously out-of-print books from the distinguished backlist of Princeton University Press. These editions preserve the original texts of these important books while presenting them in durable paperback and hardcover editions. The goal of the Princeton Legacy Library is to vastly increase access to the rich scholarly heritage found in the thousands of books published by Princeton University Press since its founding in 1905.