The Life and Times of Sir Thomas Malory 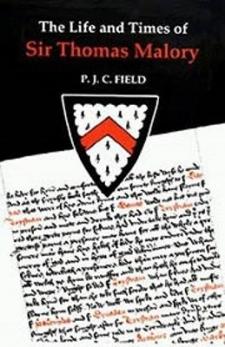 Malory's stories of King Arthur and the Round Table have been widely read for centuries, but their author's own life has been as variously reported as that of any Arthurian knight. The first serious attempts to identify him were made in the 1890s, but the man who then seemed most likely to have written the book was later found to have been accused of attempted murder, rape, extortion, and sacrilegious robbery and to have spent ten years or more in prison.Could this be reconciled with the authorship of the most famous chivalric romance in English? Other candidates for authorship were proposed but there was little consensus.
This book gives the most comprehensive consideration of the competing arguments yet undertaken. It is a fascinating piece of detective work followed by a full account of the life of the man identified as theMalory. Close consideration of individual documents, many of whichwere entirely unknown in 1966, when the last book on Malory's life appeared, makes possible a fuller and more convincing story than has ever been told before.
Professor P.J.C. FIELD teaches in the Department of English at theUniversity of Wales, Bangor.