The life of mise-en-scène 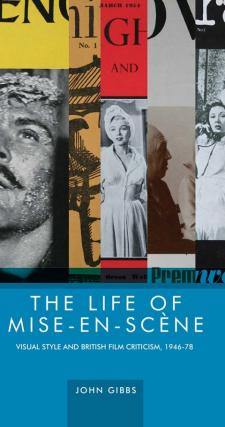 The life of mise-en-scène offers a critical history of key debates about visual style in British film journals in the post-war period. It reclaims an often-ignored or misrepresented history, including: the concept of film poetry in the journal Sequence, changing attitudes in Sight and Sound during the 1950s, and the battle over the significance of film style which raged between a number of small journals and the national press in the early 1960s.

It examines the British school, first associated with Movie in the 1960s, which, in Adrian Martin’s words, is enjoying a ‘widespread, international revival’ – but also other critical movements, more hazily remembered. It explores the role of mise-en-scène in melodrama criticism, and considers what happened to detailed criticism as major theoretical movements emerged in the 1970s. In doing so, it provides a vital context for the contemporary practice of style-based criticism and challenges received notions of critical history, developing our understanding of a range of other key debates and concerns in the study of film.