The Life of Sharatchandra Chattopadhyay 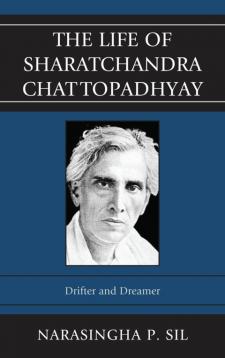 Sharatchandra Chattopadhyay has been the most popular writer of novels and short stories in his native Bengaland in India at large. Despite this, he remains unrecognized in the English speaking world. Narasingha P. Sil fills this void by presenting a historical critical assessment of his upbringing and the experiences that influenced his masterful and magnificent work. The Life of Sharatchandra Chattopadhyay rescues the authentic man, a caste-conscious and patriarchal Brahmin of colonial Bengal, from the cuckoo land of gratuitous praise and panegyric showered on the Aparajeya Kathasilpi, the “invincible” wordsmith. The author exposes Sharatchandra’s innate conservative worldview and his romantic platonic concept of human sexuality that inform all his love stories. In many respects Sharatchandra resembles his formidable European forbear, Jean Jacques Rousseau of Enlightenment France. The concluding chapter of Sil’s biographical study introduces this pioneering comparison between the two men—a veritable tour de force.