Light - The Physics of the Photon 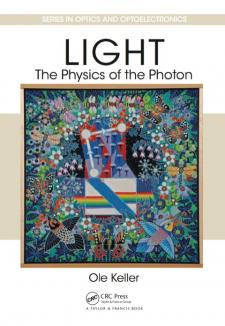 From the early wave-particle arguments to the mathematical theory of electromagnetism to Einstein’s work on the quantization of light, different descriptions of what constitutes light have existed for over 300 years. Light – The Physics of the Photon examines the photon phenomenon from several perspectives. It demonstrates the importance of studying the photon as a concept belonging to a global vacuum (matter-free space). Divided into eight parts, the book begins with exploring aspects of classical optics in a global vacuum on the basis of free-space Maxwell equations. It then describes light rays and geodesics and presents a brief account of the Maxwell theory in general relativity. After discussing the theory of photon wave mechanics, the author gives a field-quantized description of the electromagnetic field, emphasizing single-photon quantum optics in Minkowskian space. He next focuses on photon physics in the rim zone of matter, paying particular attention to photon emission processes. He also takes a closer look at the photon source domain and field propagators, which conveniently describe the photon field propagation in the vicinity of and far from the electronic source domain. The last two parts discuss the photon vacuum and light quanta in Minkowskian space as well as two-photon entanglement, which is associated with the biphoton in space-time.