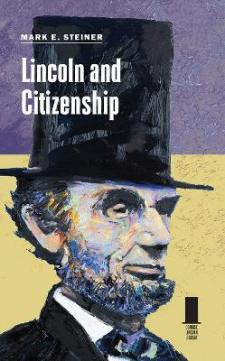 At its most basic level, citizenship is about who belongs to a political community, and for Abraham Lincoln in nineteenth-century America, the answer was in flux. The concept of 'fellow citizens,' for Lincoln, encompassed different groups at different times. In this first book focused on the topic, Mark E. Steiner analyzes and contextualizes Lincoln's evolving views about citizenship over the course of his political career.

As an Illinois state legislator, Lincoln subscribed to the by-then-outmoded belief that suffrage must be limited to those who met certain obligations to the state. He rejected the adherence to universal white male suffrage that had existed in Illinois since statehood. In 1836 Lincoln called for voting rights to be limited to white people who had served in the militia or paid taxes. Surprisingly, Lincoln did not exclude women, though later he did not advocate giving women the right to vote and did not take women seriously as citizens. The women at his rallies, he believed, served as decoration.

For years Lincoln presumed that only white men belonged in the political and civic community, and he saw immigration through this lens. Because Lincoln believed that white male European immigrants had a right to be part of the body politic, he opposed measures to lengthen the time they would have to wait to become a citizen or to be able to vote. Unlike many in the antebellum north, Lincoln rejected xenophobia and nativism. He opposed black citizenship, however, as he made clear in his debates with Stephen Douglas. Lincoln supported Illinois's draconian Black Laws, which prohibited free black men from voting and serving on juries or in the militia. Further, Lincoln supported sending free black Americans to Africa-the ultimate repudiation and an antithesis of citizenship.

Yet, as president, Lincoln came to embrace a broader vision of citizenship for African Americans. Steiner establishes how Lincoln's meetings at the White House with Frederick Douglass and other black leaders influenced his beliefs about colonization, which he ultimately disavowed, and citizenship for African Americans, which he began to consider. Further, the battlefield success of black Union soldiers revealed to Lincoln that black men were worthy of citizenship. Lincoln publicly called for limited suffrage among black men, including military veterans, in his speech about Reconstruction on April 11, 1865. Ahead of most others of his era, Lincoln showed just before his assassination that he supported rights of citizenship for at least some African Americans.