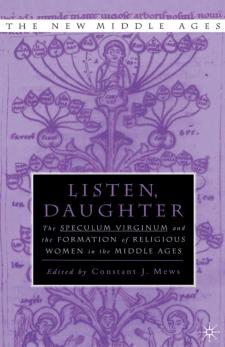 The words 'Listen daughter' (Audi filia, from Psalm 44 in the Latin Vulgate) were frequently used in exhortations to religious women in the twelfth century. This was a period of dramatic growth in the involvement of women in various forms of religious life. While Hildegard of Bingen (1098-1179) has become widely known in recent years as one of the most eloquent and original voices of the period, she is often seen as a figure in isolation from her context. She lived at a time of much questioning of traditional models of religious life, by women as well as by men. This volume introduces readers to a range of strategies provoked by the growth in women's participation in religious life in one form or another, as well as to male responses to this development. In particular, it looks at the 'Mirror for Virgins' (Speculum Virginum), an illustrated dialogue between a nun and her spiritual mentor written by a monk not long before Hildegard started to record her visions. While this treatise engages in dialogue with a fictional virgin, other writings present women (not just Hildegard) as teaching both women and men. An appendix will provide the first English translation of significant excerpts from the Speculum, as well as from other little known texts about religious women from the age of Hildegard. The underlying concern of this volume is to examine new ways in which religious life for women was conceived by men as well as interpreted in practice by women within a society firmly patriarchal in character.