Listen for the Whisperer 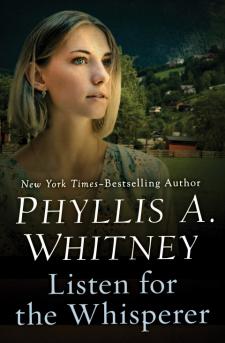 A reclusive actress is brought back into the spotlightby murderin this novel by a New York Timesbestselling and Edgar awardwinning author. Leigh Hollins had no choice but to honor her father's dying wish: that she find her estranged mother, now living in seclusion in Norway, and reconcile with her. Leigh's mother, Laura Worth, was once one of the most dynamic movie stars in the world, her films eclipsed only by her real life, which was filled with intrigue, scandal, and romantic melodrama. Then, after the mysterious death of the director on her final film, Laura slipped away from the Hollywood limelight. All she wanted was to be alonebut her daughter is about to shatter her solitude. When Leigh arrives at her mother's isolated hillside home in Bergen, she's met with both guarded joy and trepidation. Gunnar, a family friend, is a welcoming figure who sparks an unexpected attraction. But when Leigh reunites with the mother she once longed to know, she discovers a weakened recluse, a woman living in fear. As Leigh opens old wounds, draws out long-buried secrets, and unwittingly invites the dreadful past back into both of their lives, she learns that not everyone is a fan of Laura Worth. Someone wants her deadand Leigh herself has also been targeted for a killer fade-out. From the Edgar Awardwinning author Barbara Michaels hailed as ';the Grand Master of her craft,' Listen for the Whisperer is a novel of illusions and deadly family secrets. This ebook features an illustrated biography of Phyllis A. Whitney including rare images from the author's estate.