Literacy and Numeracy in Latin America 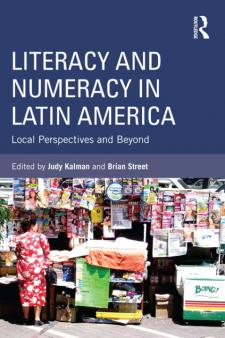 Latin American Literacy and Numeracy Studies (LALNS) are fairly unknown in other parts of the world. This book charts new directions in LALNS and explores the relationship between these studies and international perspectives. Calling upon social practice approaches, New Literacy Studies, sociolinguistics, discourse analysis and other paradigms, the contributors identify both convergent and divergent literacy and numeracy issues within the region as well as beyond the Latin American context. Literacy and Numeracy in Latin America moves the field forward by bringing LALNS into wider focus and helping readers to understand the synergy with work from other perspectives and from other parts of the world and the implications for theory and practice. A lack of translated work until now between Latin America and, in particular, the UK, US, and Europe, has meant that such important overlaps between areas of study have gone unappreciated. In this way this volume is the first of its kind, a significant and original contribution to the field.