The Literary and Legal Genealogy of Native American Dispossession 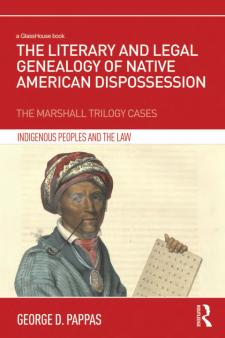 The Literary and Legal Genealogy of Native American Dispossession offers a unique interpretation of how literary and public discourses influenced three U.S. Supreme Court Rulings written by Chief Justice John Marshall with respect to Native Americans. These cases, Johnson v. M’Intosh (1823), Cherokee Nation v. Georgia (1831) and Worcester v. Georgia (1832), collectively known as the Marshall Trilogy, have formed the legal basis for the dispossession of indigenous populations throughout the Commonwealth. The Trilogy cases are usually approached as ‘pure’ legal judgments. This book maintains, however, that it was the literary and public discourses from the early sixteenth through to the early nineteenth centuries that established a discursive tradition which, in part, transformed the American Indians from owners to ‘mere occupants’ of their land. Exploring the literary genesis of Marshall’s judgments, George Pappas draws on the work of Michel Foucault, Edward Said and Homi Bhabha, to analyse how these formative U.S. Supreme Court rulings blurred the distinction between literature and law.