The Little Slaves of the Harp: Volume 13 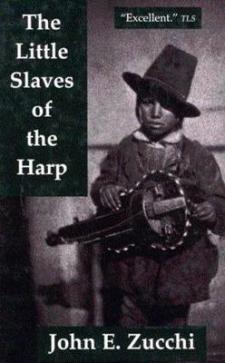 The padrone were often known to the families of the children or were from the same villages. While some were cruel exploiters who compelled obedience through terror and abuse - a view promoted by a few, well-publicized cases - the lot of most of these children was similar to that of child apprentices and helpers in other trades. Public reactions to the child performers were different in each city and reflected the host society's view of the influx of foreign immigrants in general. Although England, France, and the United States developed legislation in the mid-nineteenth century to deal with children in factories, they did not attempt to regulate children in street trades until later in the century because they saw the work as a form of begging. The battle to get Italian child musicians off the street dragged on for years before legislation and new work opportunities - often as onerous as or worse than street performing - directed the children into new trades.