Lives of the Queens of England from the Norman Conquest 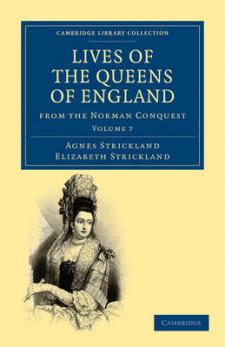 The English writer Agnes Strickland (1796-1874) began her career writing poetry and romances before turning to biographical studies. This eight-volume series, written in collaboration with her sister Elizabeth, and first published between 1840 and 1849, was her most ambitious project. It provides biographical accounts of the queens of England from Matilda of Flanders to Queen Anne. Hugely popular in the Victorian period, Lives of the Queens of England and its sequel Lives of the Queens of Scotland remain important landmarks in the development of biography as a genre, and provide interesting perspectives on women's contribution to modern historiography. Volume 7 focuses on Mary II (1662-1694), and discusses her complicated relationship with her father, James II, and her sister, the future Queen Anne. For more information on these authors, see http://orlando.cambridge.org/public/svPeople?person_id=striel and http://orlando.cambridge.org/public/svPeople?person_id=striag