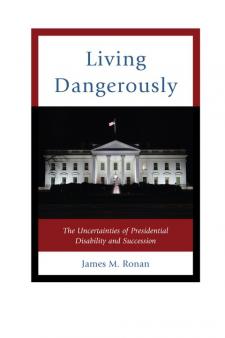 Ask the average American who takes over in the event something happens to the President of the United States, and you’re likely to receive the correct answer. However, what about succession beyond the vice presidency? Fortunately, our nation has an established line of presidential succession that is meant to ensure continuity in the nation’s highest office. Unfortunately, there are several fundamental flaws in the model. This work begins by examining the fascinating history of presidential disability and succession, an issue that has impacted our nation’s highest office since the very beginning. After highlighting the reoccurring nature of this problem, it then provides an analysis of the alarming state of our current disability and succession guidelines, many of which are dangerously outdated, especially when it comes to the threat of terrorism. It then explores these flaws, specifically the glaring problems associated with including members of Congress in the line of succession. Along with questions concerning suitability and preparedness, statistics detailing the partisan composition of Congress over the last half-century illustrate that a sudden shift in party control of the presidency is not only possible, but likely. Finally, it concludes by highlighting an inherent flaw in a line of succession in which every member is located in one small area that happens to be the most attractive target for a would-be terrorist. While the issues explored in this work have been present for more than a half-century, the combination of an increased partisan divide between the executive and legislative branches, as well as the dangers of terrorist attack, combine to require immediate action. Just as the average American may be surprised to discover the Speaker of the House stands second in the line of succession, they would likely be shocked at the potential for chaos and confusion that could unfold in a battle for the presidency. Therefore, it is vitally important to address these concerns now, before they play out in front of a national audience.