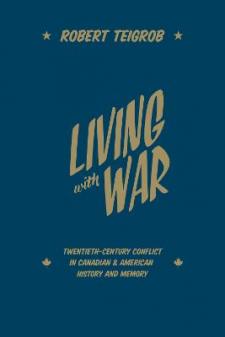 Canada and the United States: we think of one as a peaceable kingdom, the other as a warrior nation. But do our expectations about each country's attitudes to war and peace match the realities? In Living with War, Robert Teigrob examines how war is experienced and remembered on both sides of the 49th parallel. Surveying popular and scholarly histories, films and literature, public memorials, and museum exhibits in both countries, he comes to some startling conclusions. Americans may seem more patriotic, even jingoistic, but they are also more willing to debate the pros and cons of their military actions. Canadians, though more diffident in their public displays of patriotism, are more willing than their southern neighbors to accept the official narrative that depicts just wars fought in the service of a righteous cause. A provocative book that complements critiques of contemporary Canadian militarism such as Warrior Nation, Living with War offers an intriguing look at the relationship with the military past on both sides of the border.