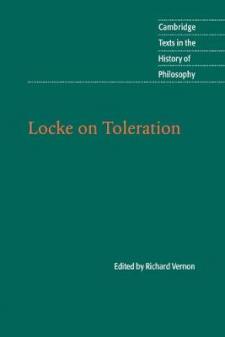 John Locke's Letter Concerning Toleration (1689) is one of the most widely-read texts in the political theory of toleration, and a key text for the liberal tradition. However, Locke also defended toleration more extensively in three subsequent Letters, which he wrote in response to criticism by an Anglican cleric, Jonas Proast. This edition, which includes a new translation of the original Letter, by Michael Silverthorne, enables readers to assess John Locke's theory of toleration by studying both his classic work and essential extracts from the later Letters. An introduction by Richard Vernon sets Locke's theory in its historical context and examines the key questions for contemporary political theorists which arise from this major work in the history of political thought.