Magic - A Theory from the South 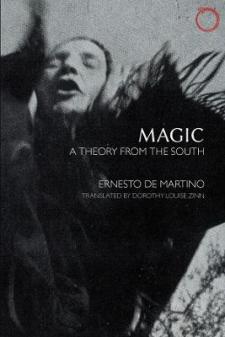 Though his work was little known outside Italian intellectual circles for most of the twentieth century, anthropologist and historian of religions Ernesto de Martino is now recognized as one of the most original thinkers in the field. This book is a testament to de Martino's innovation and engagement with Hegelian historicism and phenomenology - a work of ethnographic theory way ahead of its time. This new translation of his 1959 study of ceremonial magic and witchcraft in southern Italy shows how de Martino is not interested in the question of whether magic is rational or irrational but rather in why it came to be perceived as a problem of knowledge in the first place. Setting his exploration within his wider, pathbreaking theorization of ritual, as well as in the context of his politically sensitive analysis of the global south's historical encounters with Western science, he presents the development of magic and ritual in Enlightenment Naples as a paradigmatic example of the complex dynamics between dominant and subaltern cultures. Far ahead of its time, Magic is still relevant today as anthropologists continue to wrestle with modernity's relationship with magical thinking.