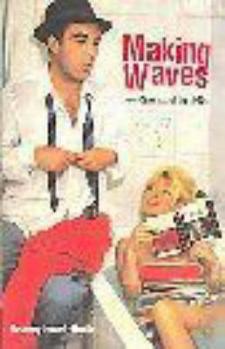 This is a sharp, focused and brilliant survey of the innovative filmmaking of the 1960s. The 1960s was famously the decade of sex, drugs and rock 'n' roll. It was also a decade of revolution and counter-revolution, of the Cuban missile crisis, American intervention in Vietnam, of economic booms and the beginning of consumerism (and the rebellion against it). It was a decade in which the avant-garde came out of the closet and into the street, expressing itself on album covers and posters as much as in galleries. And it was a decade in which the old popular art - crooners and show bands, Hollywood musicals and melodramas - seemed destined to be swept away by the tide of novelty emerging across the world. The cinema was central to this atmosphere of cultural ferment. Hollywood was in decline, both artistically and commercially. The genres which had held audiences captive in the 1940s and 50s - musicals, Westerns, melodramas - were losing their appeal and their great practitioners were approaching retirement. The scene was therefore set for new cinemas to emerge to attract the young, the discriminating, the politically conscious and the sexually emancipated.
The innovative features of the new cinemas were not the same everywhere. Common to most of them, however, were a political and aesthetic radicalism and a break with the traditions of studio filmmaking and its cult of perfect illusion. "Making Waves" is a sharp, focused and brilliant survey of the innovative filmmaking of the 1960s, placing it in its political, economic, cultural and aesthetic context - capturing the distinctiveness of a decade which was great for the cinema and for the world at large. Geoffrey Nowell-Smith pays particular attention to a handful of the most remarkable talents (Godard, Antonioni, Bunuel) that emerged during the period and helped to make it so special.