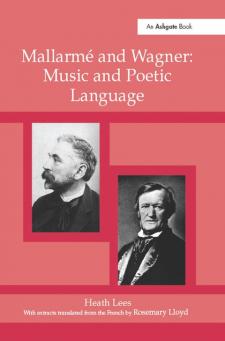 This book challenges and replaces the existing view of Mallarm mission to 're-possess' music on behalf of poetic language. Traditionally, this view focused on only the last fifteen years of the poet's life, and sprang from a belief in Mallarm 'sudden awakening' to music during an all-Wagner concert in Paris, in 1885. Professor Heath Lees shows that Mallarm early knowledge and experience of music was much greater than commentators have realized, and that the French poet actually began his writing career with the explicit aim of making music's performance-language of 'effect' the ground of his poetic expression. Integral to the argument is Mallarm reaction to the work and ideas of Richard Wagner, whose impact on France came in two waves: the first broke during the tempestuous 1860s days of the Paris Tannhauser, while the second arrived in the mid-1880s, and gave birth to the Revue Wagn enne. In refuting the critical literature that focuses on only the second of these waves, Lees shows that Mallarm xhibited a highly informed Wagnerian background during the first wave, and that his grasp of the composer's gestural motives and flexible musical prose led him towards a new kind of self-expressive, gestural rhythm that aimed musically to reinvent poetic language. In support of this, the book examines closely what Wagner 'really' said in the prose works that were becoming known in Paris by the 1860s, in particular, Wagner's important French text, the Lettre sur la musique. It also re-examines Baudelaire's classic Wagner-brochure, and reveals its author's surprisingly firm grasp of Wagner's musico-poetic fusion. In musically informed commentary, Professor Lees surveys the four decades of success and failure that resulted from Mallarm repeated attempts to draw out the musical gestures and resonances of words alone. In the process, he throws new light on many of Mallarm best-known texts, hitherto judged 'difficult' by those who have failed to