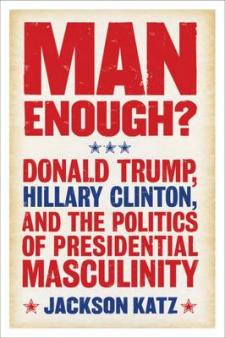 Why has the U.S. never had a woman president? With Hillary Clinton engaged in a historic campaign that could see her becoming the first woman elected president of the United States, the national conversation about gender and the presidency is gaining critical momentum. Commentators have fixated on the special challenges women candidates for the presidency face: endless media scrutiny abGender has always been a crucial factor in presidential politics. In Man Enough? Donald Trump, Hillary Clinton, and the Politics of Presidential Masculinity, Jackson Katz puts forth the original and highly provocative thesis that in recent decades presidential campaigns have become the center stage of an ongoing national debate about manhood, a kind of quadrennial referendum on what type of manor one day, womanembodies not only our ideological beliefs, but our very identity as a nation.
Whether he is examining right-wing talk radios relentless attacks on the masculinity of Democratic candidates, how fears of appearing weak and vulnerable end up shaping candidates actual policy positions, how the ISIS attacks on Paris and elsewhere have pushed candidates to assume an increasingly hypermasculine posture, or the groundbreaking quality of Hillary Clintons runs for the presidency in 2008 and 2016, Katz offers a new way to understand the role of identity politics in presidential campaigns. In the end, Man Enough? offers nothing less than a paradigm-shifting way to understand the very nature of the American presidency.