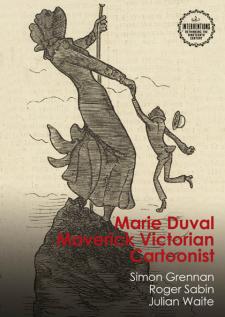 Marie Duval: maverick Victorian cartoonist offers the first critical appraisal of the work of Marie Duval (Isabelle Emilie de Tessier, 1847-1890), one of the most unusual, pioneering and visionary cartoonists of the later nineteenth century. It discusses key themes and practices of Duval's vision and production, relative to the wider historic social, cultural and economic environments in which her work was made, distributed and read, identifing Duval as an exemplary radical practitioner. The book interrogates the relationships between the practices and the forms of print, story-telling, drawing and stage performance. It focuses on the creation of new types of cultural work by women and highlights the style of Duval's drawings relative to both the visual conventions of theatre production and the significance of the visualisation of amateurism and vulgarity. Marie Duval: maverick Victorian cartoonist establishes Duval as a unique but exemplary figure in a transformational period of the nineteenth century.