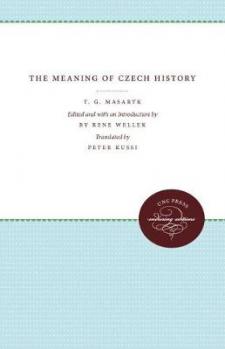 The Meaning of Czech History

Masaryk, the first president of Czechoslovakia, was a unique political leader whose speeches, lectures, newspaper articles, and historical essays greatly influenced his people. Although the Nazi and Communist regimes tried to suppress Masaryk's ideas, the Czech people have turned to them again and again after the nation regained a measure of freedom. Wellek brings together for the first time an English translation of Masaryk's writings that appeared between 1895 and 1910.