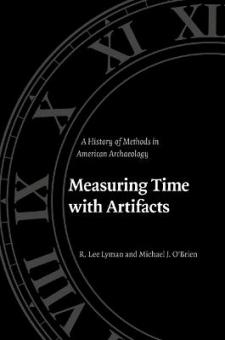 Combining historical research with a lucid explication of archaeological methodology and reasoning, Measuring Time with Artifacts examines the origins and changing use of fundamental chronometric techniques and procedures and analyzes the different ways American archaeologists have studied changes in artifacts, sites, and peoples over time. In highlighting the underpinning ontology and epistemology of artifact-based chronometers-cultural transmission and how to measure it archaeologically-this volume covers issues such as why archaeologists used the cultural evolutionism of L. H. Morgan, E. B. Tylor, L. A. White, and others instead of biological evolutionism; why artifact classification played a critical role in the adoption of stratigraphic excavation; how the direct historical approach accomplished three analytical tasks at once; why cultural traits were important analytical units; why paleontological and archaeological methods sometimes mirror one another; how artifact classification influences chronometric method; and how graphs illustrate change in artifacts over time.

An understanding of the history of artifact-based chronometers enables us to understand how we know what we think we know about the past, ensures against modern misapplication of the methods, and sheds light on the reasoning behind archaeologists' actions during the first half of the twentieth century.