Media, European Integration and the Rise of Euro-journalism, 1950s-1970s 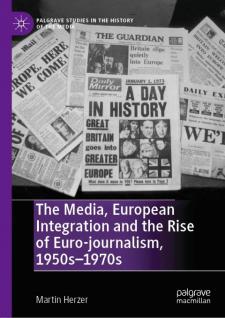 This book explains how the media helped to invent the European Union as the supranational polity that we know today. Against normative EU scholarship, it tells the story of the rise of the Euro-journalists - pro-European advocacy journalists - within the post-war Western European media. The Euro-journalists pioneered a journalism which symbolically magnified the technocratic European Community as the embodiment of Europe. Normative research on the media and European integration has focused on how the media might help to construct a democratic and legitimate European Union. In contrast, this book aims to deconstruct how journalists - as part of Western European elites - played a key role in elite European identity building campaigns.