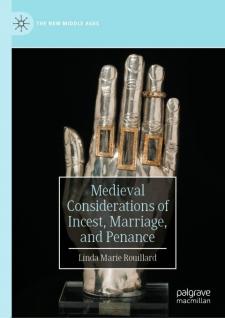 Medieval Considerations of Incest, Marriage, and Penance focuses on the incest motif as used in numerous medieval narratives. Explaining the weakness of great rulers, such as Charlemagne, or the fall of legendary heroes, such as Arthur, incest stories also reflect on changes to the sacramental regulations and practices related to marriage and penance. Such changes demonstrate the Church's increasing authority over the daily lives and relationships of the laity. Treated here are a wide variety of medieval texts, using as a central reference point Philippe de Rémi's thirteenth-century La Manekine, which presents one lay author's reflections on the role of consent in marriage, the nature of contrition and forgiveness, and even the meaning of relics. Studying a variety of genres including medieval romance, epic, miracles, and drama along with modern memoirs, films, and novels, Linda Rouillard emphasizes connections between medieval and modern social concerns. Rouillard concludes with a consideration of the legacy of the incest motif for the twenty-first century, including survivor narratives, and new incest anxieties associated with assisted reproductive technology.