Melville among the Philosophers 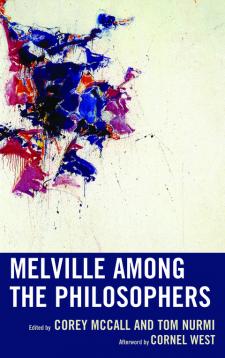 For more than a century readers have found Herman Melville’s writing rich with philosophical ideas, yet there has been relatively little written about what, exactly, is philosophically significant about his work and why philosophers are so attracted to Melville in particular. This volume addresses this silence through a series of essays that: (1) examine various philosophical contexts for Melville’s work, (2) take seriously Melville’s writings as philosophy, and (3) consider how modern philosophers have used Melville and the implications of appropriating Melville for contemporary thought. Melville among the Philosophers is ultimately an intervention across literary studies and philosophy that carves new paths into the work of one of America’s most celebrated authors, a man who continues to enchant and challenge readers well into the twenty-first century.