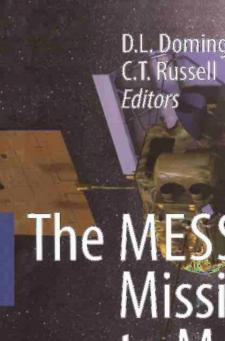 NASA's MESSENGER mission, launched on 3 August, 2004 is the seventh mission in the Discovery series. MESSENGER encounters the planet Mercury four times, culminating with an insertion into orbit on 18 March 2011. It carries a comprehensive package of geophysical, geological, geochemical, and space environment experiments to complete the complex investigations of this solar-system end member begun with Mariner 10. The articles in this book, written by the experts in each area of the MESSENGER mission, describe the mission, spacecraft, scientific objectives, and payload. The book is of interest to all potential users of the data returned by the MESSENGER mission, to those studying the nature of Mercury, the planet closest to the Sun, and by all those interested in the design and implementation of planetary exploration missions.