The Methodists and Revolutionary America, 1760-1800 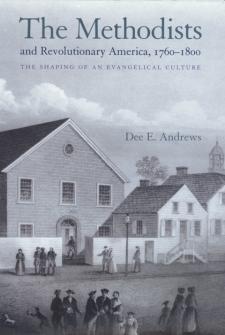 The Methodists and Revolutionary America is the first in-depth narrative of the origins of American Methodism, one of the most significant popular movements in American history. Placing Methodism's rise in the ideological context of the American Revolution and the complex social setting of the greater Middle Atlantic where it was first introduced, Dee Andrews argues that this new religion provided an alternative to the exclusionary politics of Revolutionary America. With its call to missionary preaching, its enthusiastic revivals, and its prolific religious societies, Methodism competed with republicanism for a place at the center of American culture. Based on rare archival sources and a wealth of Wesleyan literature, this book examines all aspects of the early movement. From Methodism's Wesleyan beginnings to the prominence of women in local societies, the construction of African Methodism, the diverse social profile of Methodist men, and contests over the movement's future, Andrews charts Methodism's metamorphosis from a British missionary organization to a fully Americanized church. Weaving together narrative and analysis, Andrews explains Methodism's extraordinary popular appeal in rich and compelling new detail.