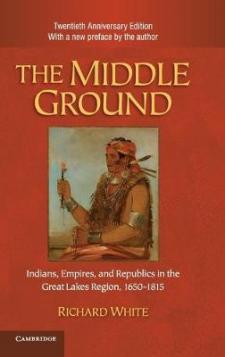 An acclaimed book and widely acknowledged classic, The Middle Ground steps outside the simple stories of Indian-white relations - stories of conquest and assimilation and stories of cultural persistence. It is, instead, about a search for accommodation and common meaning. It tells how Europeans and Indians met, regarding each other as alien, as other, as virtually nonhuman, and how between 1650 and 1815 they constructed a common, mutually comprehensible world in the region around the Great Lakes that the French called pays d'en haut. Here the older worlds of the Algonquians and of various Europeans overlapped, and their mixture created new systems of meaning and of exchange. Finally, the book tells of the breakdown of accommodation and common meanings and the re-creation of the Indians as alien and exotic. First published in 1991, the 20th anniversary edition includes a new preface by the author examining the impact and legacy of this study.