A Military History of the English Civil War 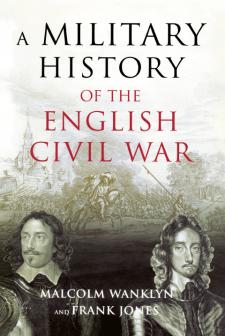 A Military History of the English Civil War examines how the civil war was won, who fought for whom, and why it ended. With a straightforward style and clear chronology that enables readers to make their own judgements and pursue their own interests further, this original history provides a thorough critique of the reasons that have been cited for Parliament's victory and the King's defeat in 1645/46. It discusses the strategic options of the Parliamentary and Royalist commanders and councils of war and analyses the decisions they made, arguing that the King's faulty command structure was more responsible for his defeat than Sir Thomas Fairfax's strategic flair. It also argues that the way that resources were used, rather than the resources themselves, explain why the war ended when it did.