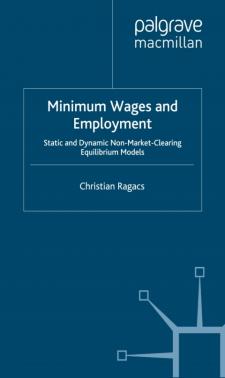 Christian Ragacs develops contributions to the theory of minimum wages, while taking rationing and spill-over effects on markets other than the labour market into account. Following an introduction into the theory of minimum wages and a discussion of methodological problems, four new theoretical models are developed; two of them comparative static in nature and two models of endogenous growth. The results are contradictory - partly supporting the 'textbook' theory and partly yielding unorthodox results, such as no change in the steady state rates of growth and employment.