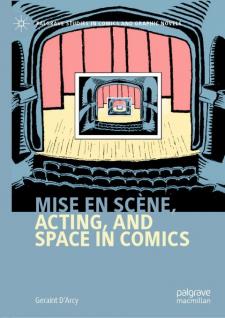 This book explores some of the less frequently questioned ideas which underpin comics creation and criticism. “Mise en scène” is a term which refers to the way in which visual elements work together to create meaning in comics. It is a term that comics have borrowed from cinema, which borrowed it in turn from theatre. But comics are not film and they are not cinema, so how can this term be of any use? If we consider comics to have mise en scène, should not we also ask if the characters in comics act like the characters on film and stage? In its exploration of these ideas, this book also asks what film and theatre can learn from comics.