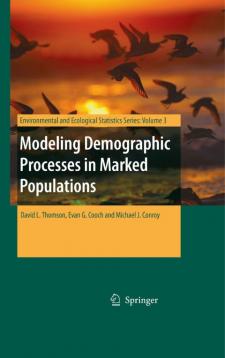 This book will cover in great detail the newest construction and uses of the International Space Station. The new volume will continue on from the end of Creating the International Space Station by David Harland and John Catchpole (published in January 2002 by Springer Praxis), providing flight by flight details and relevant political and &quote;behind the scenes&quote; activities as are necessary to explain why certain decisions, including flight re-scheduling and crew-reassignment, are made. Part 1 will open with a chapter recounting the political history of the ISS, including how and why the program came into being. Chapter 2 will look at the four partners involved (USA, Russia, ESA, and Brazil), with a brief account of what each partner is bringing to the program. Chapter 3 will study the initial goals of the program, how they have changed and whether they have been met. Chapter 4 will summarize the program at the end of Creating the International Space Station.Part 2 will look at the findings and recommendations of the International Space Station Management and Cost Evaluation Task Force. Part 3 will examine the original flight coverage, including the beginning of the construction of the Integrated Truss Structure, and will cover the station's occupation from the start of Expedition 4, through to the end of Expedition 6. Part 4 will start with the loss of STS-107 - Columbia - and explain its effect on both the International Space Station and the American space effort in general. It will cover the Expedition 7 occupation through to the beginning of Expedition 13, concentrating on the work of the two-person &quote;Caretaker Crews&quote;.Part 5 will study the recovery from the STS-107 tragedy and the re-commencement of the ISS construction, overcoming the grounding of the Space Shuttle fleet. It will cover the remainder of the Expedition 13 occupation, the return to three-person occupation, through to the end of Expedition 15 and the installation of Node-2, the final American module.Part 6 will briefly look forward to the installation of the International Partner's modules as well as the introduction of the European and Japanese robotic cargo vehicles. The book will end with a glance at plans for the Orion spacecraft and Ares-1 launch vehicle, and the delivery of Node-2, the final piece of American hardware.  Three Appendices will up-date those published in Creating the International Space Station: Appendix A will list ISS hardware descriptions, Appendix B will be a complete ISS Flight Log and Appendix C will be a full ISS Extravehicular Activity Log.