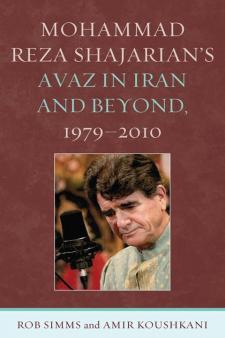 Mohammad Reza Shajarian’s Avaz in Iran and Beyond, 1979–2010 is a comprehensive study of the legacy of Mohammad Reza Shajarian, the greatest living exponent of avaz, the traditional art of singing classical Persian poetry. Picking up where the authors’ previous volume (The Art of Avaz and Mohammad Reza Shajarian: Foundations and Contexts) left off, this study examines the landmark recordings Shajarian made following the Islamic Revolution of 1979 as artistic masterpieces of avaz and as shrewd, mass-mediated expressions of frustration and dissent that boldly crystallized public sentiments under highly repressive conditions. These recordings transformed Shajarian into a national icon in Iran and through the diaspora. The book traces the subsequent expansion of Shajarian’s music and presence in ever-widening circles to his current global profile, powerfully underlined by his receipt of prestigious awards from UNESCO and other global institutions. Shajarian’s artistic accomplishments, including his recent activity in designing and crafting a range of new stringed instruments, and socio-political significance are placed in the broader context of Iranian musical culture in the decades following the Revolution. In surveying Shajarian’s legacy, this study concludes with questions arising from the Election Crisis of 2009—where he was popularly proclaimed as “Master of the Green Movement” (Ostad-e Sabz) for his outspoken opposition to the violent crackdown—the subsequent political stalemate, and how these dynamics resonate with issues of the present state and relevance of Persian classical music in the twenty-first century. This book forms the conclusion of the most detailed study to date of the music, life, and environment of the most influential musician in Iranian classical music of the past three decades.