Money Laundering Control in the Caribbean 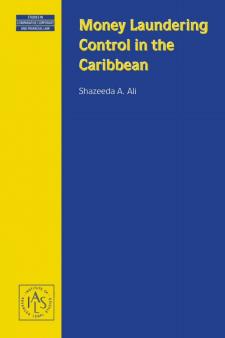 It has long been believed that the most effective way to immobilise organised criminal activity lies in blocking the channels that allow illegally-obtained assets to enter the economic mainstream. Yet even as international law enforcement co-operation in this vital endeavour becomes ever more focused, the bewildering domain of criminal money laundering techniques remains elusive. The "gross national product" of international crime still exceeds that of many nations.

The special value of this new book is to be seen in its close conjunction of what we know of laundering channels and methods on the one hand and existing legal regimes (both preventive and reactive) on the other. Although major victories on the side of law and order are not numerous so far, the author clearly demonstrates that progress is being made in certain areas and that the overall thrust of international law and co-operation in the field is growing stronger. She goes on to identify a number of linkages between criminal necessities and potential legal measures that are likely to bear fruit.

Among the central problems considered and elucidated are the following:

The book's focus is on the Caribbean - and particularly on the Cayman Islands, the Bahamas, and Jamaica - to keep the discussion within manageable bounds. This specialisation permits a close comparison of the way local laws interact with international and extraterritorial measures designed to intercept illegal money "on the way to the laundry". It is the author's belief that the insights gained by this in-depth comparison will shed light on the paths to be followed by law enforcement agents and judicial tribunals as they pursue their goal of stemming the flow of laundered illegal money into the world's economies.

Shazeeda Ali is an attorney-at-law and is currently a lecturer in the Faculty of Law at the University of the West Indies, Mona, Jamaica. She has also worked as a legal consultant to the Caribbean Development Bank on a regional project. Dr Ali has presented and published a number of papers in the field of financial crime.