The Monotheists: Jews, Christians, and Muslims in Conflict and Competition, Volume I 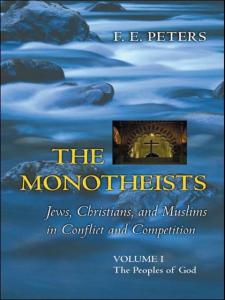 A Frenchman rents a Hollywood movie. A Thai schoolgirl mimics Madonna. Saddam Hussein chooses Frank Sinatra's &quote;My Way&quote; as the theme song for his fifty-fourth birthday. It is a commonplace that globalization is subverting local culture. But is it helping as much as it hurts? In this strikingly original treatment of a fiercely debated issue, Tyler Cowen makes a bold new case for a more sympathetic understanding of cross-cultural trade. Creative Destruction brings not stale suppositions but an economist's eye to bear on an age-old question: Are market exchange and aesthetic quality friends or foes? On the whole, argues Cowen in clear and vigorous prose, they are friends. Cultural &quote;destruction&quote; breeds not artistic demise but diversity. Through an array of colorful examples from the areas where globalization's critics have been most vocal, Cowen asks what happens when cultures collide through trade, whether technology destroys native arts, why (and whether) Hollywood movies rule the world, whether &quote;globalized&quote; culture is dumbing down societies everywhere, and if national cultures matter at all. Scrutinizing such manifestations of &quote;indigenous&quote; culture as the steel band ensembles of Trinidad, Indian handweaving, and music from Zaire, Cowen finds that they are more vibrant than ever--thanks largely to cross-cultural trade. For all the pressures that market forces exert on individual cultures, diversity typically increases within society, even when cultures become more like each other. Trade enhances the range of individual choice, yielding forms of expression within cultures that flower as never before. While some see cultural decline as a half-empty glass, Cowen sees it as a glass half-full with the stirrings of cultural brilliance. Not all readers will agree, but all will want a say in the debate this exceptional book will stir.