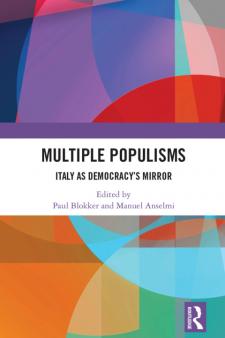 This book provides a comprehensive interpretation of the multiple manifestations of populism using Italy, the only country amongst consolidated constitutional democracies in which populist political forces have been in government on various occasions since the early 1990s, as the starting point and benchmark. Populism is a complex, multi-faceted political phenomenon which redefines many of the essential characteristics of democracy; participation, representation, and political conflict. This book considers contemporary versions of populism that pose a real challenge to representative and constitutional democracy. Contributors provide an integrative interpretation of populism and analyse its principal historical, social and politico-legal variables to provide a multi-dimensional reflection on the concept of populism, comprehensive analysis of the populist phenomenon and a theoretical and comparative perspective on the diverse political experiences of populism. Based on conceptual and interdisciplinary reflections from expert authors, this book will be of great interest to scholars and post-graduate students of cultural studies, European studies, political sociology, political science, comparative politics, political philosophy, and political theory with an interest in a comparative and interdisciplinary theory of populism and its manifestations.