The Music of Carly Simon 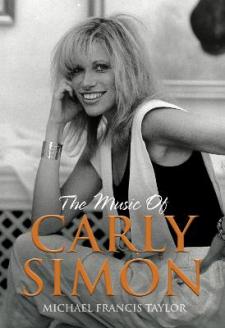 "Music is part of my oxygen, Without it I would dry up"
Mention the name Carly Simon to some people and they will probably think of one song in particular, maybe two or three at a push, while others may remember her for being one half of the "golden couple" of the Seventies' pop landscape.
But this is a little unjust for an artist whose career has spanned over fifty years and counting, and during that time has amassed a catalog of over thirty groundbreaking albums and scores of hit singles; has composed music for theatre, movies and television; has written not only an opera, but a series of acclaimed children's books, and two best-selling memoirs.
And we should not forget she is also the recipient of two Grammys, a Golden Globe, and an Oscar, as well as having countless honours bestowed on her for her accomplishments.
Carly Simon is truly a musical phenomenon. Few female artists have achieved such a magnificent body of work; even fewer have been involved in so many facets of the music business; and no one has written so candidly to create an audio diary for the whole world to hear. From the moment her mother sang lullabies to her, that musical journey takes you from a childhood fraught with anxieties and phobias, having to conquer discrimination, stage fright, and life-threatening illness, to becoming one of the most glamorous, photographed, interviewed, and successful female artists of her generation.
Not bad for a little girl who once saw herself as
an ugly "left-over sister."
But this is Carly Simon, and nobody has done it better.