Music of the Spheres and the Dance of Death 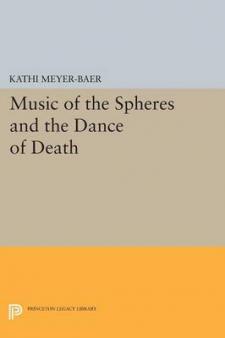 The roots and evolution of two concepts usually thought to be Western in origin-musica mundana (the music of the spheres) and musica humana (music's relation to the human soul)-are explored. Beginning with a study of the early creeds of the Near East, Professor Meyer-Baer then traces their development in the works of Plato and the Gnostics, and in the art and literature of the Middle Ages and the Renaissance. Previous studies of symbolism in music have tended to focus on a single aspect of the problem. In this book the concepts of musica humana and musica mundane are related to philosophy, aesthetics, and the history of religion and are given a rightful place in the history of civilization. Originally published in 1970. The Princeton Legacy Library uses the latest print-on-demand technology to again make available previously out-of-print books from the distinguished backlist of Princeton University Press. These editions preserve the original texts of these important books while presenting them in durable paperback and hardcover editions.
The goal of the Princeton Legacy Library is to vastly increase access to the rich scholarly heritage found in the thousands of books published by Princeton University Press since its founding in 1905.