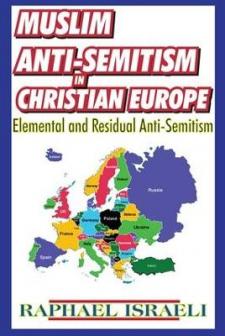 Modern Arab and Muslim hostility towards Jews and Israel is rooted not only in the Arab-Israeli conflict and traditional Islamic teaching but also in Christian anti-Semitic attitudes brought into the Islamic world by Western colonial powers. In this volume, Raphael Israeli examines how the worsening situation in the Middle East together with large waves of Muslim immigration to Europe, North America, and Australia has brought about a comingling of two anti-Semitic traditions.As the author explains, the unique interaction of Muslim immigrants in the West with the host societies brought them into contact with local, traditional anti- Semites of the xenophobic fascist and racist Right along with the avowedly anti-Zionist Left, to build a formidable wall of hatred against the Jewish state and its people. To complicate this picture further, the same Muslim immigrants share with them minority status in a Christian majority society. Often finding themselves at odds with the majority host society, they find themselves subject to criticism and censure on all sides. They are engaged simultaneously in battle with both their host society into which they cannot integrate, and their Jewish compatriots who are a model of good integration. Consequently, they feel exposed and lose ground in the struggle for social acceptance.Israeli lays out the nature and ideologies of the Muslim immigrant world and shows how in each European country they create their own ethnic sub-groups and religious communities, often in competition with each other. This remarkable and courageous book will be of interest to sociologists, Middle East specialists, and political scientists.