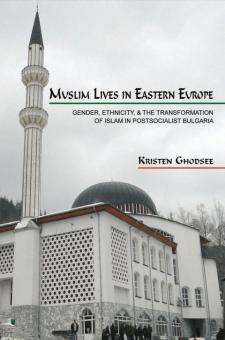 Muslim Lives in Eastern Europe examines how gender identities were reconfigured in a Bulgarian Muslim community following the demise of Communism and an influx of international aid from the Islamic world. Kristen Ghodsee conducted extensive ethnographic research among a small population of Pomaks, Slavic Muslims living in the remote mountains of southern Bulgaria. After Communism fell in 1989, Muslim minorities in Bulgaria sought to rediscover their faith after decades of state-imposed atheism. But instead of returning to their traditionally heterodox roots, isolated groups of Pomaks embraced a distinctly foreign type of Islam, which swept into their communities on the back of Saudi-financed international aid to Balkan Muslims, and which these Pomaks believe to be a more correct interpretation of their religion. Ghodsee explores how gender relations among the Pomaks had to be renegotiated after the collapse of both Communism and the region's state-subsidized lead and zinc mines. She shows how mosques have replaced the mines as the primary site for jobless and underemployed men to express their masculinity, and how Muslim women have encouraged this as a way to combat alcoholism and domestic violence. Ghodsee demonstrates how women's embrace of this new form of Islam has led them to adopt more conservative family roles, and how the Pomaks' new religion remains deeply influenced by Bulgaria's Marxist-Leninist legacy, with its calls for morality, social justice, and human solidarity.