Mutiny on Board HMS Bounty 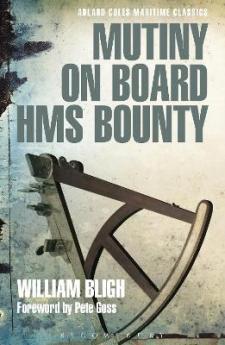 On 28th April 1789 a small and unremarkable merchant vessel became one of the most famous ships in maritime history. HMS Bounty was under the command of 34-year-old Lieutenant William Bligh, an inexperienced commander who lacked the respect of a crew attracted to the promise of an easy life in a Tahitian paradise.

Fletcher Christian led half the crew in mutiny against Bligh and after overpowering all resistance, they cast their deposed captain adrift along with those still loyal to him. Luckily for Bligh, his skills as a navigator were better than his skills as a captain and he managed to sail the 23ft boat 3,618 nautical miles to Timor in the Dutch East Indies with no chart or compass, and only a quadrant and a pocket watch for navigation. On returning to England he reported what had happened, and the Royal Navy hunted down and captured most of the mutineers.

However, this is only half the story - William Bligh's version. The captured mutineers went on trial and their testimonies give a much less heroic portrait of their former captain, accusing him of unduly harsh treatment. Fletcher Christian's older brother Edward, a judge, oversaw a more balanced account of the mutiny. Of the mutineers who returned to England, only three were hanged; four were acquitted and three pardoned.

This book gives the fullest version of the mutiny, allowing Bligh's account to sit alongside those of his detractors. The discrepancies are fascinating, and allow us to make up our own minds about this infamous mutiny.

Also includes an exclusive Foreword by former World Sailor of the Year Pete Goss, who offers a unique perspective on the trials and tribulations of the Bounty's crew, whether castaway or mutineer.