My Karst and My City and Other Essays 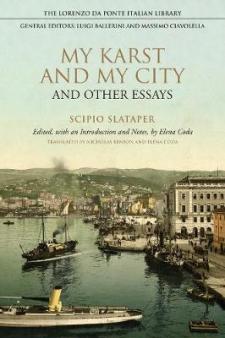 Scipio Slataper is one of the most prominent writers from the Italian town of Trieste. Before the onslaught of World War One, Trieste was a unique urban environment and the largest port in the Austro-Hungarian Empire. It was a financially powerful city and a cosmopolitan centre where Slavic, Germanic, and Italian cultures intersected. Much of Slataper's oeuvre is highly influenced by Trieste's cultural complexity and its multi-ethnic environment.

Slataper's major literary achievement, My Karst and My City - a fictionalized, lyrical autobiography, translated here in its entirety - offers a unique example of an Italian modernist narrative, one that is influenced both by Slataper's collaboration with the Florentine journal La Voce, and by the Germanic and Scandinavian literature that he absorbed while living in Trieste. My Karst and My City, together with the excerpts from his reflections on Ibsen and other critical essays included here, adds a new voice and a different dimension to our understanding of European modernism.