The Mystery of the Hanging Garden of Babylon 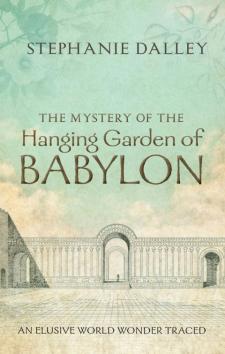 The Mystery of the Hanging Garden of Babylon is an exciting story of detection involving legends, expert decipherment of ancient texts, and a vivid description of a little-known civilization. Recognised in ancient times as one of the Seven Wonders of the World, the legendary Hanging Garden of Babylon and its location still remains a mystery steeped in shadow and puzzling myths. In this remarkable volume Stephanie Dalley, a world expert on ancient Babylonian language, gathers for the first time all the material on this enigmatic World Wonder. Tracing the history of the Garden, Dalley describes how the decipherment of an original text and its link to sculpture in the British Museum has enabled her to pin down where the Garden was positioned and to describe in detail what it may have looked like. Through this dramatic and fascinating reconstruction of the Garden, Dalley is also able to follow its influence on later garden design. Like a palimpsest, Dalley unscrambles the many legends that have built up around the Garden, including the parts played by Semiramis and Nebuchadnezzar, and following the evolution of its design, she shows why this Garden deserves its place alongside the Pyramids and the Colossus of Rhodes as one of the most astonishing technical achievements of the ancient world.