The Mystical Geography of Quebec 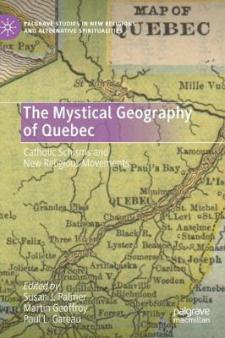 This study of new religious movements in Quebec focuses on nine groups-including the notoriously violent Solar Temple; the iconoclastic Temple of Priapus; and the various "Catholic" schisms, such as those led by a mystical pope; the Holy Spirit incarnate; or the reappearance of the Virgin Mary. Eleven contributing authors offer rich ethnographies and sociological insights on new spiritual groups that highlight the quintessential features of Quebec's new religions ("sectes" in the francophone media). The editors argue that Quebec provides a favorable "ecology" for alternative spirituality, and explore the influences behind this situation: the rapid decline of the Catholic Church after Vatican Il; the "Quiet Revolution," a utopian faith in Science; the 1975 Charter of Human Rights and Freedoms; and an open immigration that welcomes diverse faiths. The themes of Quebec nationalism found in prophetic writings that fuel apocalyptic ferment are explored by the editors who find in these sectarian communities echoes of Quebec's larger Sovereignty movement.