The Myth of China’s No Strings Attached Development Assistance 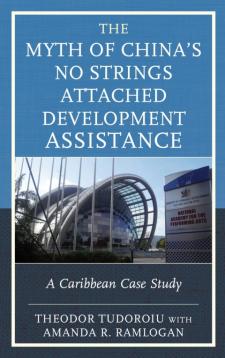 Using a Caribbean case study and a Constructivist theoretical approach, The Myth of China’s No Strings Attached Development Assistance shows that the frequently mentioned “no strings attached” nature of China’s development assistance to its partners in the Global South is nothing more than a myth. This claim is supported by empirical data from Trinidad and Tobago and by comparisons with similar situations in Africa and Latin America. On their basis, the authors propose a critical re-reading of a reality that many scholars are accustomed to watch through the reassuring but distorting lens of academic routine. Despite contrary claims in the literature, Beijing’s development assistance to the Commonwealth Caribbean states is accompanied by clear political, economic, and social conditionalities. Through them, China is constructing a cognitive and normative space conducive to a new regional order that should be politically friendly, economically profitable, and socially open to its government, companies, and citizens.